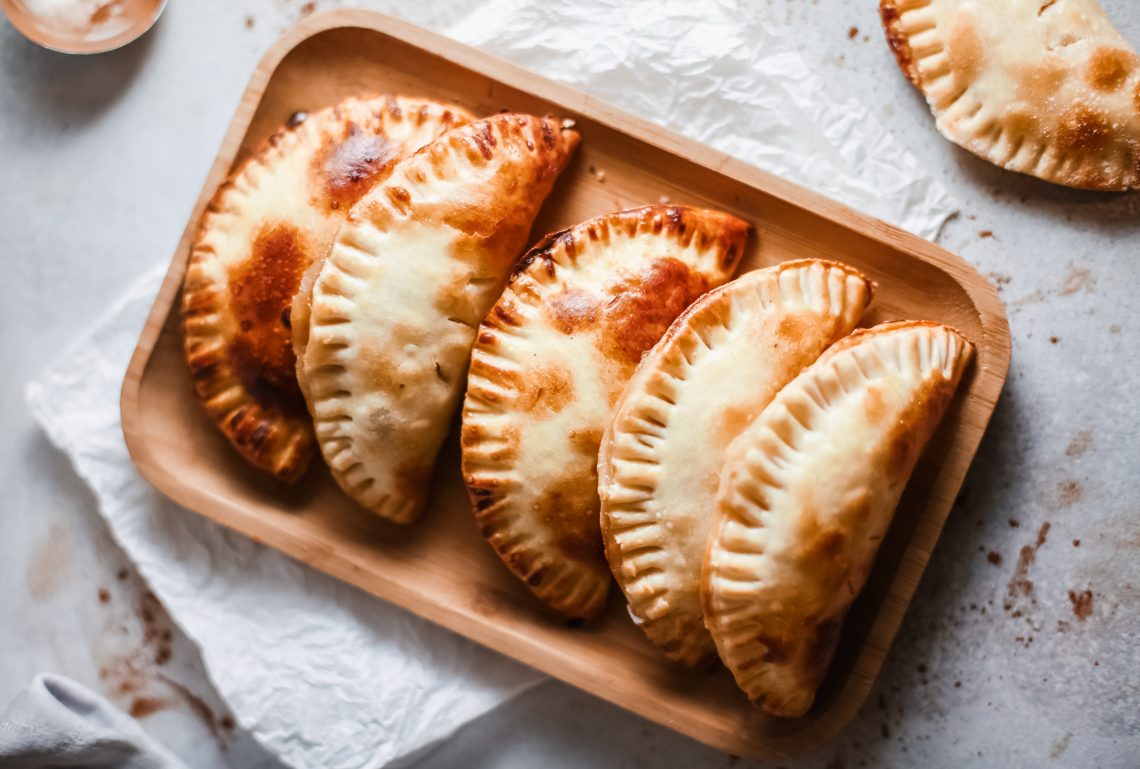 Among the many foods I wish were more common in America, pasties are high on the list. When I was growing up, my Croatian grandma and her sisters would often make pasties when we visited; these big pastries were filled with meat and potatoes, and I loved drowning mine in ketchup when I was small. On my first trip to England in 2011, I was delighted to discover that pasties are more common there – I bought a Cornish pasty from a window shop. I might have been one of the few kids reading Harry Potter to know what pasties are for these reasons – but I had never had pumpkin pasties before.

Read on to learn how to make pumpkin pasties you can enjoy at home or on any magical journey.

Pumpkin Pasties in the Magical World

As it turns out, pumpkin pasties in the magical world are a lot like those Cornish pasties you can find in England. The main difference, of course, is that they’re filled with pumpkin rather than meat and potatoes.

Harry first tried pumpkin pasties on his first trip to Hogwarts: when he went to the Hogwarts trolley he originally intended to buy Mars Bars but instead found wondrous treats from the wizarding world, and bought some of everything – including pumpkin pasties.

Anything off the trolley, dears?

In other fun trivia, we learned in Cursed Child that the trolley witch says she has sold over six million pumpkin pasties in her career. They’re obviously wildly popular – and now you’re about to know why when you make pumpkin pasties for yourself!

How to Make Pumpkin Pasties

As this is the first of my Harry Potter recipes where you’ll make food instead of drink, it’s a little bit more complicated than the drinks I’ve shared so far. But, once you get all the ingredients (and especially if you use pre-made pie crust which is easy to get at the grocery store), these Harry Potter pumpkin pasties go pretty quickly. Soon you’ll be enjoying tasty, sweet, and savory pasties and imagining you’re aboard the Hogwarts Express.

You can find all of the ingredients for this easy pumpkin pasties recipe in your grocery store. If you want to buy these ingredients online, here’s what to get:

Don’t forget, you also need milk, cream, and an egg!

To make these easy pumpkin pasties, you’ll need to combine the pumpkin, sugar, and spices with cream in a pot, and combine until the sugar has dissolved. As you can see above, the goal is to get the pure to be fully spiced and sweetened, so it’s easy to dollop into each of the crusts.

Speaking of crusts, while your pumpkin filling is cooling you’ll want to cut circular pasty crusts and lay them out. Then it’s a matter of spooning a healthy pile into half of each crust and folding them over. You can pinch them closed, use a fork like I did, or roll it up til the filling is tightly enclosed – that’s how my grandma and her siblings used to close their pasties when I was growing up!

To give them that perfect golden brown tone, combine milk and an egg and brush each pasty before you bake them. Just keep an eye on so they don’t burn while baking.

My mouth is watering just thinking about these little tasty treats – they’d be perfect on a long train ride! (Especially to Hogwarts, but right now I’d take a train to literally anywhere if it was safe and allowed!) 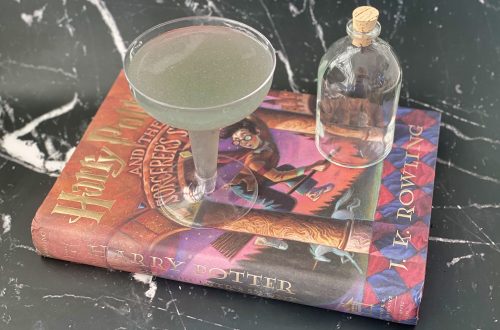 How to Make a Harry Potter-Inspired Unicorn Blood Drink 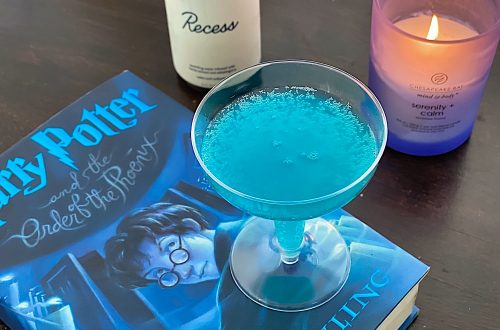 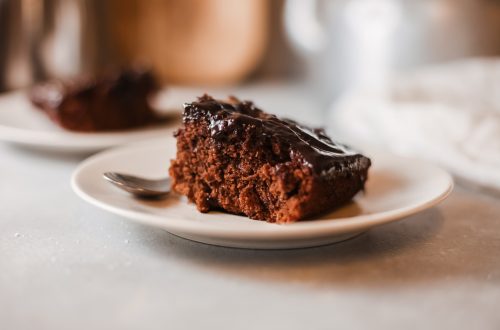