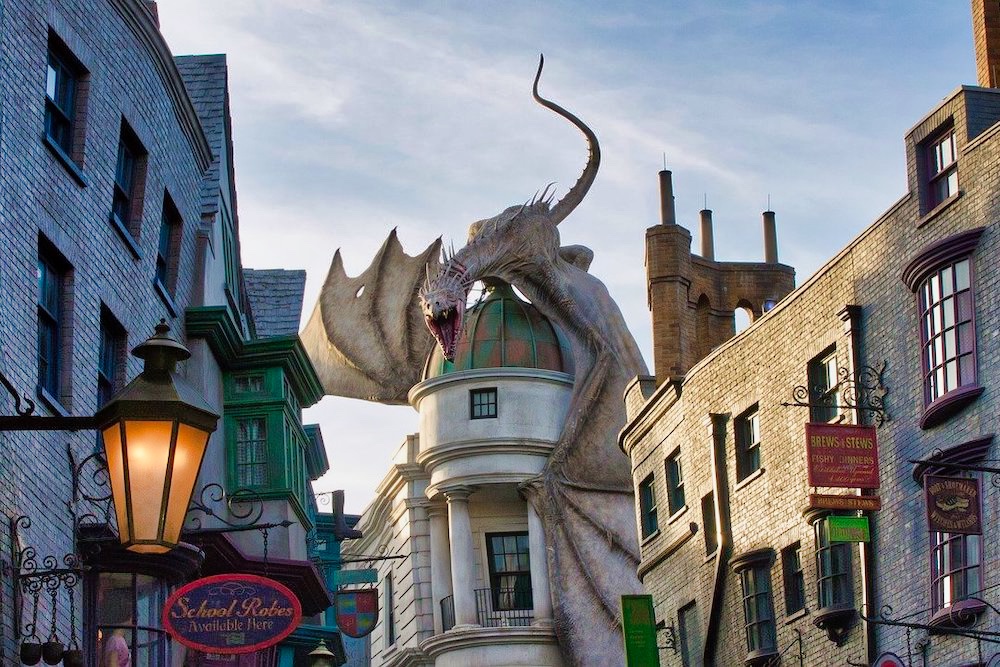 If you’re planning a trip to Orlando, you might wonder how much time you need to explore the two parts of the Wizarding World – Hogsmeade (Universal Studios) and Diagon Alley (Universal’s Islands of Adventure). In this post, you’ll learn how to see both during one day at the Wizarding World of Harry Potter. This means you definitely need the park-to-park pass so you can visit both sides and ride the Hogwarts Express between them!

Read on to discover one way to make the most of a single day at the Wizarding World and all the magic you’ll discover.

Note: This article was originally written in 2016, and was published in 2021. It is due to be updated soon!

11:00 am – Arrive at Universal Studios Orlando

Though Universal Studios Orlando opens at 9 am, I don’t encourage you to be there right as it opens (or to take advantage of the early admission if you have it). Everyone shows up right at opening time, which guarantees crowds and lines just to get into the parks.

Instead, opt for a relaxing and restful morning, a good breakfast, and arriving at the park full of energy for the day ahead.

In case you’re not familiar, Universal Studios Orlando is comprised of two theme parks, Universal Studios Florida and Universal’s Islands of Adventure. There are parts of The Wizarding World of Harry Potter in both parks, so you should definitely buy a ‘Park-to-Park’ ticket to see it all. When you arrive, make your way to enter Islands of Adventure first. That is the side with the entrance to Diagon Alley, which is where you’ll start the magical day.

Protip: Before entering Diagon Alley, be sure to keep an eye out for 12 Grimmauld Place!

Diagon Alley spreads out before you, so take some time to get your bearings. You’ll see the dragon over Gringotts, Weasley’s Wizard Wheezes, and the sign for the Leaky Cauldron. Feel free to wander for a few minutes – but don’t get sucked in too much! You’ll want to go queue up for the Harry Potter & the Escape from Gringotts ride right away since the lunch window is a perfect time to ride the rides in The Wizarding World of Harry Potter.

After a thrilling ride through Gringotts, head to the Leaky Cauldron for lunch. As one of the most popular and well-known restaurants in the entire Wizarding World, you may have to queue up to place your order and wait a few minutes for your food. It’s worth it for a freshly made plate of British food when it arrives.

(I love the Bangers & Mash – sausages and potatoes for you non-British muggles – but they have a variety of choices including some healthier ones!)

You can’t properly start your magical experience without a wand, so right after lunch head over to Ollivander’s. Again, you may have to wait to get in to meet with Ollivander. Inside, you’ll watch a lucky young witch or wizard go through a wand-selection ceremony. You’ll also have a chance to browse for your own wand after the ceremony.

Listen closely if any wands call out to you; my wand was the best investment I made at The Wizarding World of Harry Potter! I highly recommend you invest in the ‘interactive’ wand, so you can do magic as you explore the rest of The Wizarding World. Protip: The interactive wand costs $49.95, but it’s well worth it!

If you want to snag another souvenir, be sure to head over to Gringotts to change your muggle money for knuts, sickles, and galleons. The exchange rate is steep but they’re the kind of souvenir you’ll never imagine spending.

Even if you don’t want to change your money, head over to Gringotts to meet a few goblins. They’ve got quite a prickly personality!

Spend some time exploring Diagon Alley. If you have a Hogwarts student equipment list, this is the place where you can find everything you need, including robes, broomsticks and quidditch gear, and even Spectre-specs! Here are some of the shops you can check out in Diagon Alley:

If you’re feeling brave, make sure you don’t miss a walk down Knockturn Alley. As expected, the street is filled with shops and window displays showing the Dark Arts!

If you chose to purchase an interactive wand, you’ve probably been practicing magic using your map guide and the indicators outside many shop windows. Make sure you don’t miss the ones hidden in Knockturn Alley if you’re willing to try your hand at the Dark Arts…

It’s time to make the trip to Hogwarts, so make sure you’ve stocked up on all the wizard gear you need. (Don’t worry though, there are plenty of shops in Hogsmeade if you forgot something!).

Queue up for the ride on the Hogwarts Express. The ride itself passes so quickly it’s like magic, and you’ll get to share the train carriage with other witches and wizards, and maybe even a few muggle parents.

Upon arrival in Hogsmeade, make a beeline for any rides you want to ride. Harry Potter & the Forbidden Journey ride is by far the most popular and usually has a line. You can also choose to ride the Dragon Challenge or Flight of the Hippogriff if you want to spend the time.

Protip: If you don’t love rides (or they make you motion sick like they do to me), you can opt for a ‘Castle Tour.’ This means you’ll be able to walk through the castle and see the amazing sights like the sorting hat and moving pictures without standing in line for the ride itself. When it comes time to board the ride, you’ll make a detour around the ride entrance and head out into Filch’s Emporium. The Castle Tour is free, though you need to talk to the Hogwarts staff to make sure you go to the right place.

6:00 pm – Dinner at The Three Broomsticks

After exploring Hogwarts and the grounds in full, head to The Three Broomsticks for dinner. Again, you’ll have your choice of the finest British fare and plenty of Butterbeer. For the adult wizards and witches, you can also head over to the Hog’s Head and order one of the two specialty beers on tap: Wizard’s Brew or Dragon Scale. These beers are brewed specifically for The Wizarding World of Harry Potter and can only be found here!

Before you end your day of magic, spend more time exploring Hogsmeade, shopping, casting spells, and enjoying one last glass of Butterbeer. Which do you prefer: the cold or frozen version?

Some shops you must stop by and see in Hogsmeade:

Universal Studios is open until 7 pm, so around this time, it’s perfect to start making your way out of the park. As you make your way back to the muggle world, hold tight to your memories of the magic here. They’ll help you cast an awesome Patronus the next time you’re having a tough day.

While I plan to rewrite this post in the future with more details, I wanted to share this post now to help show how you can make the most of one day at the Wizarding World of Harry Potter. If you have any questions or feedback, let me know in the comments! 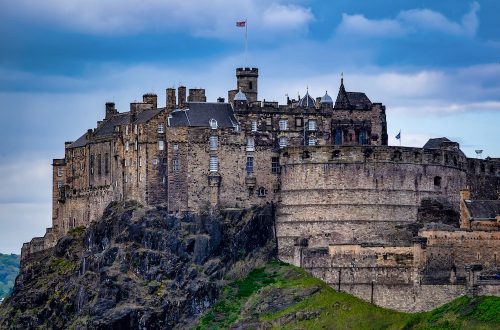 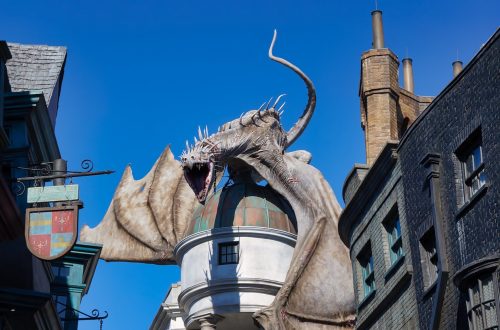 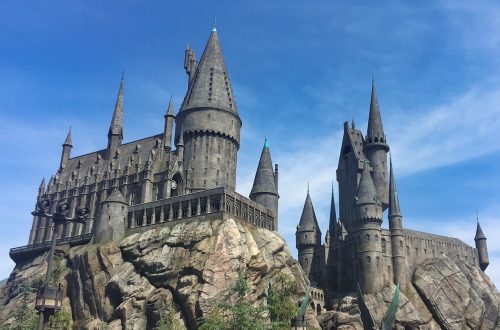