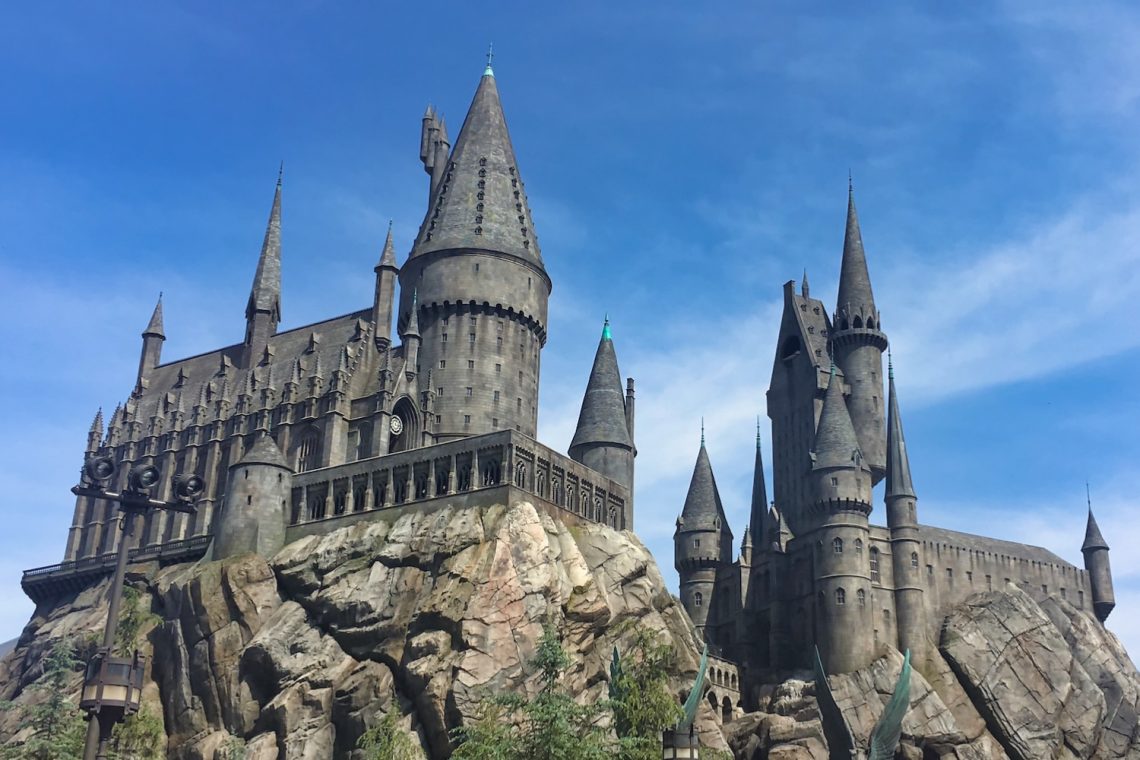 “Sorry to interrupt, but where did you get your jacket?,” asked the young wizard at the Wizarding World at Universal Studios in Hollywood. “It’s just, I’ve seen the jacket before with Slytherin on the front, but never ‘Seeker’ on the back,” he explained.

“This jacket is actually really old,” I replied. “I bought it about 15 years ago at Hot Topic. I had to dig it out of a storage bin for this trip!” After all – it was a special trip: to celebrate my 30th birthday.

If you’re planning to visit Harry Potter world in Hollywood and want tips to make the most of your trip, let me help. Using the magic number 7 as our guide, here are the best things to do at the Wizarding World in Hollywood.

1. Let Your Wand Choose You at Ollivanders

If you’re truly a Harry Potter nerd, you already know it’s necessary to queue up to see a wand ceremony when you first arrive at the Wizarding World in Hollywood.

The wand-maker’s shop, Ollivanders, nearly always has a line, so if you plan to purchase a wand during your time at The Wizarding World of Harry Potter, I recommend doing it right away.

Inside Ollivander’s you’ll see a wand-maker help a young witch or wizard find their wand through a series of magical tests. Often, the young witches and wizards are scared or nervous to perform magic in front of a crowd in a darkly lit room… but the look of wonder on their faces as they finally meet their ‘match’ is priceless.

After the wand ceremony, you can explore the rest of Ollivanders shop to find a magic wand for yourself.

⚡️Pro-Tip: The interactive wand is worth the splurge! (See item #2, below.)

One of the most magical parts of visiting the Wizarding World in Hollywood is the chance to perform magic with your interactive wand. There are 11 spots in Hogsmeade village where you can use your wand – and apparently two more secret ones you have to try and discover for yourself!

3. Try All the Different Types of Butterbeer

There are three main types of Butterbeer at Harry Potter world in Hollywood:

I broke down what each one is like in my own Butterbeer recipe, but you really can’t go wrong. I personally prefer the frozen one best since Southern California is a hot, sunny climate!

Whether you’re queueing up to ride Harry Potter & the Forbidden Journey or just want to explore Harry’s favorite place, you should not skip taking a tour of Hogwarts Castle.

You don’t actually have to go on the ride to do the castle tour. As you approach the castle entrance, ask to take a ‘Castle Tour.’ The Hogwarts staff will allow you to walk through Hogwarts castle in the VIP line, but you won’t be able to board the ride at the end. On the tour, you’ll get to see the Hogwarts sorting hat, meet the Four Founders, and see Albus Dumbledore in his study – the same as if you would see if waiting to ride the ride.

5. Lunch at The Three Broomsticks

When you start to feel hungry, there’s no better place for lunch than The Three Broomsticks. You’ll have your choice of British favorites like bangers and mash, fish and chips, meat pie, and more. There are also some healthy choices for those who don’t want extra inches on their waist as their souvenir from the day.

If you’re already full-up on Butterbeer, order a Pumpkin Fizz (pumpkin pie in a glass!) or one the specialty beers from the Hog’s Head pub next door. These two brews are perfect for adult wizards and witches and can only be purchased at The Wizarding World locations.

As you explore Hogsmeade village, you’ll notice that the window displays are exceptionally eye-catching – one might even say magical!

If you’re drawn in by one of the storefronts, the wonders inside will amaze you even more. You can purchase robes, quidditch supplies, and much more at the many shops in the wizarding town. Here are some of the shops you should stop by for sure:

There are also plenty of other shops if you’re looking specific Hogwarts house gear or souvenirs for muggle friends.

If you love other movies beyond the Harry Potter ones, the Lot Tour is a super cool way to spend an hour at the park. You’ll board a tram that takes you past some of Universal Studios’ coolest lots, sound studios, and landmarks (Amblin Drive, anyone?!). You’ll also get to take a few quick rides as part of the trip. During my visit, the ‘experiences’ featured Kong: Skull Island and Fate of the Furious.

There is so much more than just these 7 best things to do at the Wizarding World in Hollywood – but I’ll let you discover all that magic for yourself. Do you have questions about visiting Harry Potter world in Hollywood? Let me know in the comments! 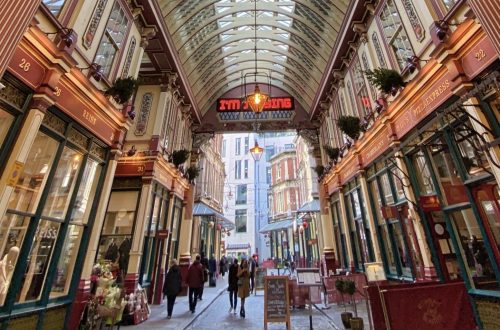 Harry Potter Bucket List: 15 Things to Do in London 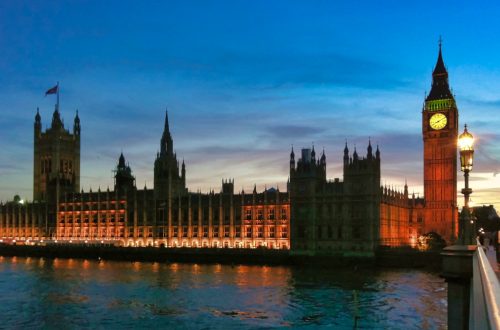