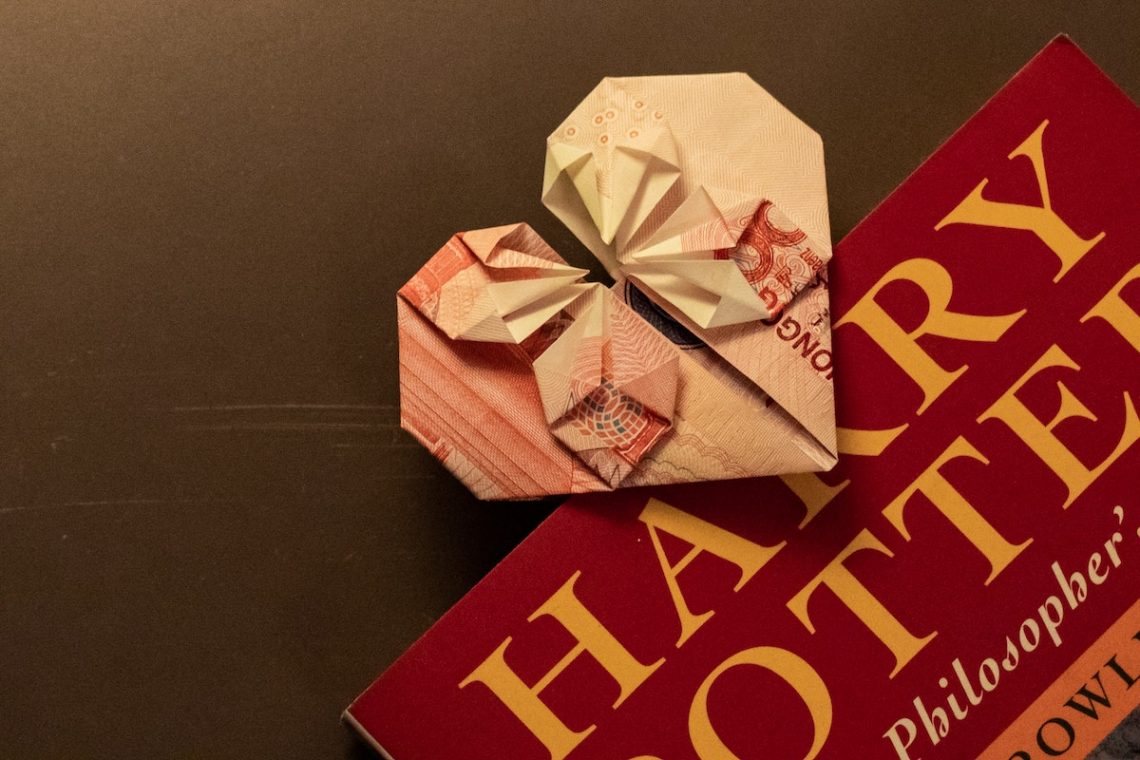 Marriage is a funny thing: it crawls by each day – and it flies by each year, marked by anniversaries and other momentous occasions. As someone who is relatively early in my married life, I really enjoy both experiences, but I look forward to my anniversaries and the chance to celebrate how far we’ve come.

While it hasn’t happened yet, I’m pretty sure one of these days my husband will get inspired to present me with a Harry Potter-themed anniversary gift. As a little hint, I decided to write this post – but I also thought it might help you if you’re looking for the perfect way to celebrate your anniversary with your Harry Potter-loving spouse.

In this post, you’ll see some basic anniversary gifts, as well as specific Harry Potter anniversary gift recommendations for various milestone anniversaries based on the traditional gifts. Hopefully, you’ll find the perfect gift – or at least get inspired to find one that’s perfect for your spouse. Happy (upcoming) Anniversary!

If you’re only going to have one Harry Potter-themed anniversary, you have to make sure to get all you need to make it truly memorable.

I’ve found two magical gifts that will get to your lover’s heart and ensure you both remember this day for the rest of your lives.

First, check out this Time Turner necklace. Besides being a beautiful piece of jewelry, I like how it can symbolize how much you’ve loved spending time with your loved one. Who wouldn’t want to turn back time and relive all those magical moments?

Next is a staple of anniversaries. Yes, you guessed right, anniversary cards. On your Harry Potter anniversary celebration, you can gift this gorgeous “Always” anniversary card to your loved one. All Potterheads know that “Always” is a tiny powerful word that condenses Snape’s unconditional and everlasting love for Lily, so it will definitely hit the right note with your special someone.

Harry Potter Gifts for Each Anniversary

Being a book, Harry Potter naturally fits the paper theme of a first anniversary. You can simply purchase a fancy edition of your spouse’s favorite HP book. However, I wanted to go for something even more special and found this stunning Always Folded Book Art. It is handcrafted and displays the word “Always” with the Deathly Hallows symbols as the “A.” The seller has a collection of used HP books, but you can ask him to make the folding pattern out of a specific book from the saga.

The traditional second anniversary gift is cotton, which is why I’ve included this lovely pair of Dobby socks. Technically they’re only 80% cotton, but for your spouse that loves Harry Potter, they won’t mind.

Each pair has the pair of famous quotes the house-elf Dobby pronounces after finding the sock Harry had hidden in the diary.

The quote is knitted in the sock, so you won’t have to worry about it lasting for many years to come!

This Vintage Harry Potter Leather Journal is the perfect leather anniversary gift. It comes in four different colors, and the book features sewn laces in the spine. The front cover is a work of art.

It features the carving of The Marauder’s Map, and you won’t believe how well the artisan captures every single magical detail. You can write a cute message on the first page to make it more personal.

For your fourth anniversary, the traditional gift is either fruit or flowers – living things that commemorate this vibrant chapter of your married life.

Given that there aren’t really any fruits of note in the Wizarding World, and flowers don’t last, I think this beautiful bouquet of paper flowers is a great gift instead. Made from pages of your spouse’s favorite Harry Potter book, it’s sure to please – and last until the next anniversary, instead of until just next week.

On your fifth Harry Potter-themed anniversary, you’ll need to find wooden gifts that represent the strength of your love. Take a look at this Harry Potter custom cutting board.

It has the  Deathly Hallows symbol and “Always” quote engraved on top. Additionally, it can be personalized: you can add your and your spouse’s name below, plus your wedding’s anniversary date.

For the huge milestone that is the tenth anniversary, the traditional gift is either aluminum or tin. These might sound like odd materials to make a gift from, so it helps to be creative.

Honor your decade of love by purchasing this stunning aluminum Gift Plaque in a familiar, magical font. The details and craftsmanship on the plaque are outstanding, and you can expect the sign to last a very long time.

You can personalize the plaque with your family name and either with your anniversary date or your home address.

Fifteen years together is nothing short of impressive, and the traditional gift to celebrate your anniversary is crystal. I found this gorgeous aurora borealis Phoenix necklace on Etsy.

Designed after the mythical Phoenix bird – like Dumbledore’s pet Fawkes –, this beautiful necklace comes with Swarovski crystals, whose light-catching effect causes them to change colors similar to the Aurora Borealis.

If it’s been 20 years since you both formalized your love for each other, my, how time flies! (Your love must have started right around the time that the first Harry Potter books and movies came out!) According to traditional etiquette, china symbolizes the delicate yet enduring love you’ve built together.

For yet another china alternative, you can check out this Harry Potter Marauder’s Map dinnerware set in porcelain. It also contains sixteen pieces, each with a stunning golden design of the Marauder’s Map.

Before we dive into the gift alternatives, congratulations; I hope you’re throwing a big Harry potter anniversary party; achieving 25 years of marriage is not to be taken lightly.

Most people know that silver is the traditional gift to celebrate this anniversary. Silver jewelry makes the perfect gift for the 25-year milestone. I have an entire post devoted to Harry Potter bracelets and charms. Most pieces are sterling silver and will delight your spouse on this special day.

No matter which anniversary you’re celebrating, you can make this a magical one with the right gift – bought with love. Happy anniversary! Let me know any questions in the comments. 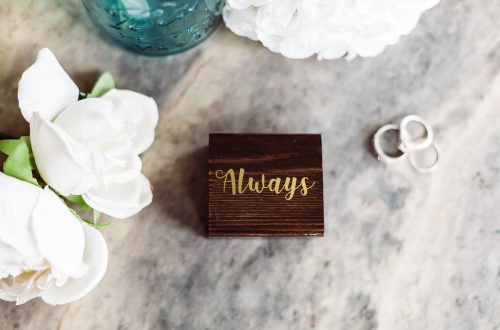 How to Plan the Perfect Harry Potter Proposal 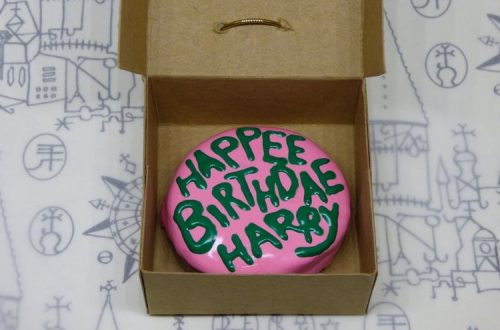 How to Plan a Harry Potter-Themed 11th Birthday Party 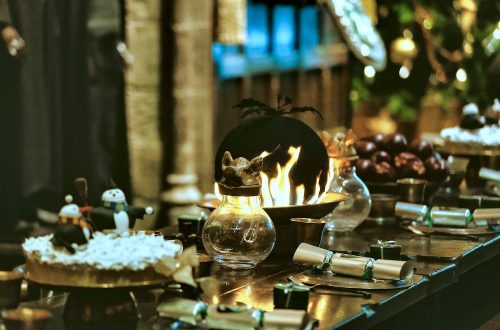 How to Plan a Magical Harry Potter Christmas Party