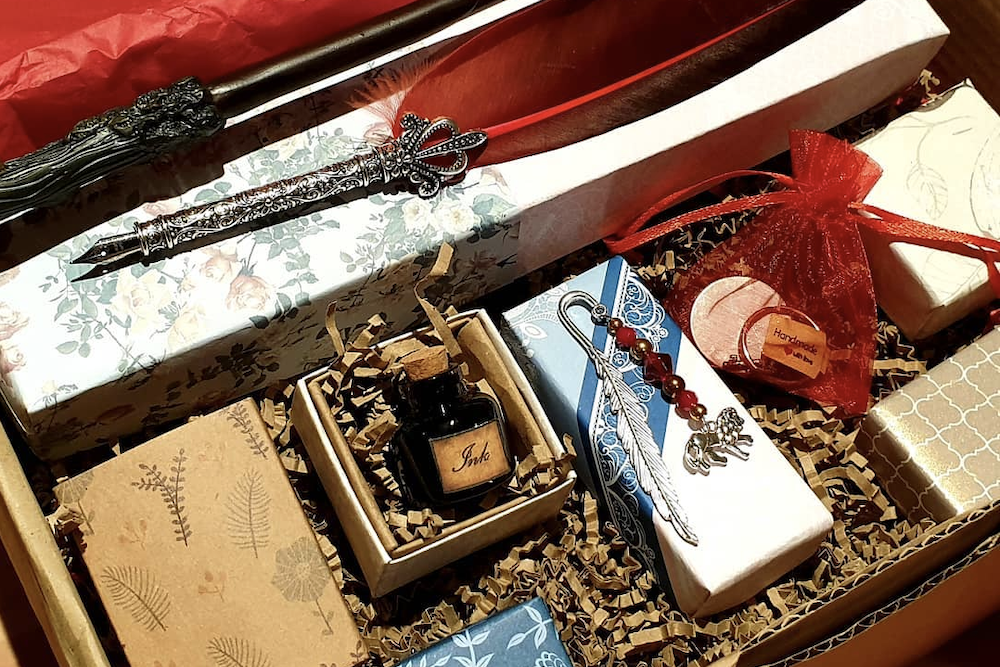 Is there anything better than receiving a parcel by Owl Post? Despite being as a grown witch, I love opening the front door to discover a box of goodies waiting on the doorstep – even when I know exactly what’s inside as I’ve ordered it on one of those Muggle shopping sites.

But the best kind of mail is when you don’t know what’s inside – when it’s a surprise. That’s where subscription boxes come in. Best of all, there are a number of Harry Potter subscription boxes to choose from. Each box typically contains magical items that will surprise you upon arrival, whether that’s monthly, bimonthly, quarterly, or some other cadence.

Below I break down some of the best Harry Potter subscription boxes available, and each one is a little bit different in terms of frequency, price, and the items they include. I recommend reviewing the full list, then choosing perhaps one or two to try – it would be very easy to blow your entire Gringotts savings on this loot!

Featured photo courtesy of Cauldron Crate // All other photos courtesy of their respective boxes.

The Wizarding World Box takes the #1 spot on my list of Harry Potter subscription boxes because it’s the only officially licensed one. While the rest of the subscription boxes on this list are all really cool, they do tend to take more liberties with the items included so as not to infringe on licenses.

This subscription box is sent every other month (so six boxes per year) and you personalize your subscription with your Hogwarts house. Each box includes 4-6 items total: house-specific items as well as generally awesome items from the Wizarding World. Best of all, it’s reasonably priced at $39.99 per box plus shipping (as of September 2021).

Next on my list of the best Harry Potter subscription boxes is the Wizard’s Vault from Bibbidi. This company has several fantastic subscription boxes in addition to this Wizarding World-inspired one: the Galaxy Box is inspired by Star Wars, the Universe Box is packed with superhero swag, and their original Bibbidi Bobbidi boxes are inspired by all things Disney.

Back to the Wizard’s Vault though, the best part is how personalized each box is: when you subscribe you share your gender (including a neutral option), Hogwarts House, pet species, and more. This allows you to receive a truly magical box every time.

They also offer two pricing options: the original Wizard’s Vault ($89 per box) and the silver vault, which has fewer items and a lower price ($49 per box)

If you want a monthly Harry Potter subscription box option, The Accio Box is for you! This box will arrive each month with 4-5 magical items – some of which will be personalized to your Hogwarts House depending on the items.

And while I pointed out above that this box isn’t officially licensed, there is something great about it: they include products from small businesses and artisans that help distribute those Galleons beyond the Pottermore pocket. Accio Boxes cost $39.99 (+$10.49 shipping) for month-to-month subscriptions, and you can save 10-20% by subscribing for longer.

4. The Magical Subscription from LitJoy

If you’d rather save a bit and opt for a quarterly Harry Potter subscription box, The Magical Subscription from LitJoy is a good option. This box costs $54.99 (plus shipping) and includes 6-8 Wizarding World-inspired items to justify that higher price point. Taking a look on the site, you’ll see that past items in boxes were truly magical: from gorgeous artwork to magical trinkets you can’t find anywhere else (like Knight Bus tickets and dragon coins).

LitJoy, as their name suggests, is all about staying true to the literary spirit of the books, so everything here is loyal to the Wizarding World and what we know of it from the books (and occasionally movies too).

As I was writing this list, I discovered another Harry Potter subscription box and knew I had to squeeze it onto my list! Cauldron Crate is a UK-based subscription box (so for U.S. subscribers, shipping is a bit steep) that’s sent three times per year (every four months).

Each “chest” (box) has a theme, which means you can get a sense for what you’ll receive based on the name. Past chests have been inspired by both the books (“The Philosopher’s Chest,” “The Chest of the Half-Blood Prince,” etc.) and Horcruxes (“The Ring Chest,” “The Diary Chest,” etc.). Best of all, these boxes are packed with items, often including 10+ per box.

The Wizarding Trunk has been on a hiatus for a few months, but is coming back in late 2021 so they also make my list of great Harry Potter subscription boxes. Boxes are shipped bi-monthly or quarterly (two subscription options). They include 8-10 items, which makes the price really reasonable ($54.99 for bi-monthly and $64.99 for quarterly boxes).

Best of all, they work with small Magical Makers to include items hand-made by fellow Potterheads who love Harry Potter and the Wizarding World as much as you do.

Since the boxes vary quite a bit, it’s hard to say exactly what each one will include; using the Wizarding Mystery box as an example, you can expect 5-7 items from throughout the Wizarding World.

Is there anything better than lighting a candle, relaxing back on the couch, and cracking open a good book? We all know the answer is no – and that’s where the Salty & Lit Candle Box comes in. This is one of the less conventional Harry Potter subscription boxes on my list.

This box is a bit different, in that you receive the same type of item each month: a set of candles, along with some bookish items inspired by both the Harry Potter and Outlander series (so you’ll want to be a fan of both if you subscribe to this one!). However, the candles are inspired by an excerpt from one of the two series which is included in the box too. So you’ll get to know your favorite literary universes a little better and have delightful candles to light when you sit down to dive deeper into the books.

If you want to sport your love of all things Wizarding World every day, this last Harry Potter subscription box might be worth it for you. The Harry Potter T-Shirt Club is actually run through Amazon, which is a platform I’ve never seen used this way. For $19.99 per box, you’ll receive one new t-shirt per box/month – and these are officially licensed shirts designed for and exclusively sold through the T-Shirt Club. Actually, for a simple concept, it sounds kind of magical!

Do you know of other Harry Potter subscription boxes I should include or review for this list? Let me know in the comments! 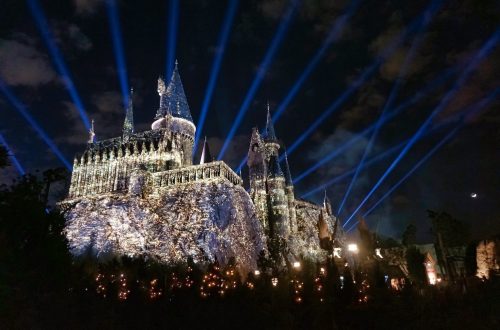 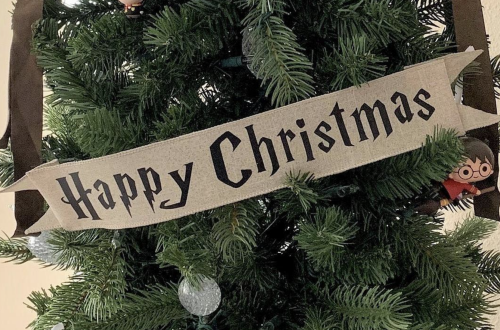 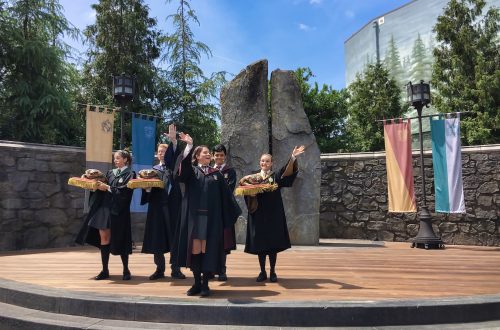 The Ultimate Hogwarts Supply List for the Muggle World